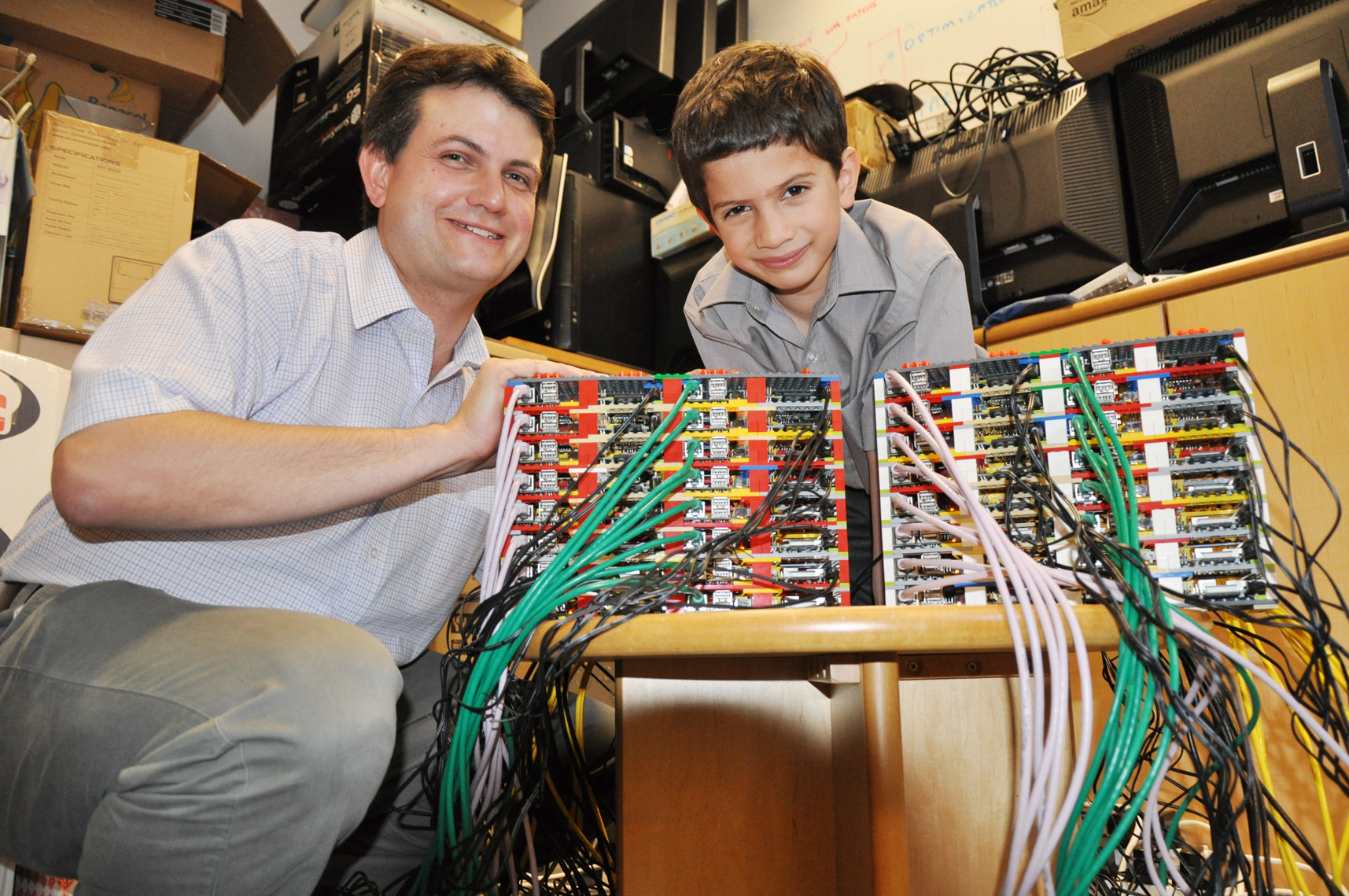 A team at Southampton University have built a SuperComputer using 64 Raspberry Pis and LEGO.

Professor Cox comments: “As soon as we were able to source sufficient Raspberry Pi computers we wanted to see if it was possible to link them together into a supercomputer. We installed and built all of the necessary software on the Pi starting from a standard Debian Wheezy system image and we have published a guide so you can build your own supercomputer.”

The racking was built using Lego with a design developed by Simon and James, who has also been testing the Raspberry Pi by programming it using free computer programming software Python and Scratch over the summer. The machine, named “Iridis-Pi” after the University’s Iridis supercomputer, runs off a single 13 Amp mains socket and uses MPI(Message Passing Interface) to communicate between nodes using Ethernet. The whole system cost under £2,500 (excluding switches) and has a total of 64 processors and 1Tb of memory (16Gb SD cards for each Raspberry Pi). Professor Cox uses the free plug-in ‘Python Tools for Visual Studio’ to develop code for the Raspberry Pi.

Professor Cox adds: “The first test we ran – well obviously we calculated Pi on the Raspberry Pi using MPI, which is a well-known first test for any new supercomputer.”

“The team wants to see this low-cost system as a starting point to inspire and enable students to apply high-performance computing and data handling to tackle complex engineering and scientific challenges as part of our on-going outreach activities.”

James Cox says: “The Raspberry Pi is great fun and it is amazing that I can hold it in my hand and write computer programs or play games on it.”


Make your own at: http://www.southampton.ac.uk/~sjc/raspberrypi/