A team at Southampton University have built a SuperComputer using 64 Raspberry Pis and LEGO.

Professor Cox comments: “As soon as we were able to source sufficient Raspberry Pi computers we wanted to see if it was possible to link them together into a supercomputer. We installed and built all of the necessary software on the Pi starting from a standard Debian Wheezy system image and we have published a guide so you can build your own supercomputer.”

The racking was built using Lego with a design developed by Simon and James, who has also been testing the Raspberry Pi by programming it using free computer programming software Python and Scratch over the summer. The machine, named “Iridis-Pi” after the University’s Iridis supercomputer, runs off a single 13 Amp mains socket and uses MPI(Message Passing Interface) to communicate between nodes using Ethernet. The whole system cost under £2,500 (excluding switches) and has a total of 64 processors and 1Tb of memory (16Gb SD cards for each Raspberry Pi). Professor Cox uses the free plug-in ‘Python Tools for Visual Studio’ to develop code for the Raspberry Pi.

Professor Cox adds: “The first test we ran – well obviously we calculated Pi on the Raspberry Pi using MPI, which is a well-known first test for any new supercomputer.”

“The team wants to see this low-cost system as a starting point to inspire and enable students to apply high-performance computing and data handling to tackle complex engineering and scientific challenges as part of our on-going outreach activities.”

James Cox says: “The Raspberry Pi is great fun and it is amazing that I can hold it in my hand and write computer programs or play games on it.”


Make your own at: http://www.southampton.ac.uk/~sjc/raspberrypi/

Cycling to Power Your Pi

It turns out that its relatively easy to power a Pi via cycling. You simply require a Dynamo and the appropriate kit. Whilst this is not a cheap way to power it and will require plenty of pedal power it is very environmentally friendly and enables people to use computers where otherwise it would not be possible.

This is one aspect of the Raspberry Pi that makes it very suitable for use in places where you would not normally put a computer.   If you are interested in using a Bicycle to power electronics you can find out more at: http://www.pedalpower.com.au/

Imagine where computers could go and you would not have to worry about the power. Of course another way to power it is with a Wind up mechanism and these can be bought for less than a tenner! Amazon.co.uk

Rapberry Pi Now made in the UK 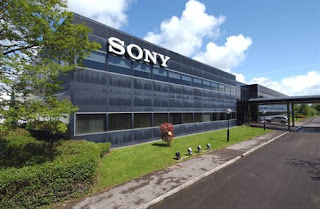 Sony UK Technology Centre (UKTec) in Wales will be manufacturing the Raspberry Pi version 2.0. They will initially manufacture 30,000 units and it will create 30 new jobs.

Mike Buffham, Global Head of EDE at Premier Farnell commented: “When it came to reviewing our manufacturing strategy we were always keen to bring the production of the Raspberry Pi to the UK. From the outset Sony UK Technology Centre demonstrated its enthusiasm for the product as well as its expertise in manufacturing.  Their site is highly impressive and I am very confident that the team in Wales can deliver, providing us with a high-quality product, within our designated timeframe, all within budget.  The Sony brand is known for its quality and to have its broadcast manufacturing site on board and building the Raspberry Pi product, within the UK, is very exciting.

“Since the Raspberry Pi was launched globally in February 2012 it has been a tremendous success story. The younger generation have been fascinated in learning how to build and programme their own computer device.  As such we have had huge interest from educational institutions in purchasing the product, innovative design engineers who are using the computer for exciting new applications and also the general public.” 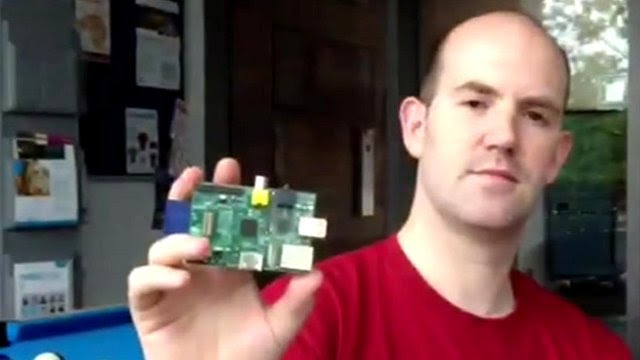 Eben Upton, Co-Founder of the Raspberry Pi Foundation said: “When Pete Lomas and I built the first Raspberry Pi’s for testing last year, we never dreamed it would become so popular so quickly.  The Raspberry Pi was built to develop young people’s skills in computer programming and electronic engineering; we had always intended and hoped that the Raspberry Pi would also be manufactured within the UK. We’re really delighted that Premier Farnell has been able to find such a reliable manufacturer as the Sony UK Technology Centre.  By bringing the production of a UK product back into the country alongside its development and distribution, we can help support our economy and demonstrate the capabilities the UK has in terms of technological innovation, invention, and manufacturing.

“We look forward to continuing our work with Premier Farnell and now, the Sony UK Technology Centre, in the Raspberry Pi Foundation’s next stage of growth.”

In the assembly of the Raspberry Pi, Sony UKTec will be investing in additional equipment to fulfil the order requirements, providing flexibility and scalability to cater for potential increases in demand. This will include additional automated circuit board equipment and double side reflow machinery.  Furthermore, the site will be extending its manufacturing process capability to include a technique called package-on-package (PoP). This process allows the processor and memory to be stacked on top of each other, reducing the PCB footprint and the distance that high-speed signals need to travel, improving overall reliability.


Steve Dalton OBE, Managing Director of Sony UK Technology Centre, stated; “...the Raspberry Pi Foundation, encompasses our view on developing young people’s knowledge of the technology industry.  Organisations like this one help build the technologists of our future by inspiring the next generation.”

Liam has worked diligently on the Raspberry Pi something you can hear him talk about it in his presentation for Cambridge Raspberry Jam.

He has created a whole series of videos for the Raspberry Pi and a visit to his channel should be a first port of call for Raspberry Pi Newbies. http://www.youtube.com/user/RaspberryPiTutorials/

He is also a regular writer for Linux User and if you are getting into the Pi and Linux a subscription wouldn't half be a bad idea!  http://www.linuxuser.co.uk/  (Shameless Plug)

It also just shows what our young people can achieve when they put their minds to it!